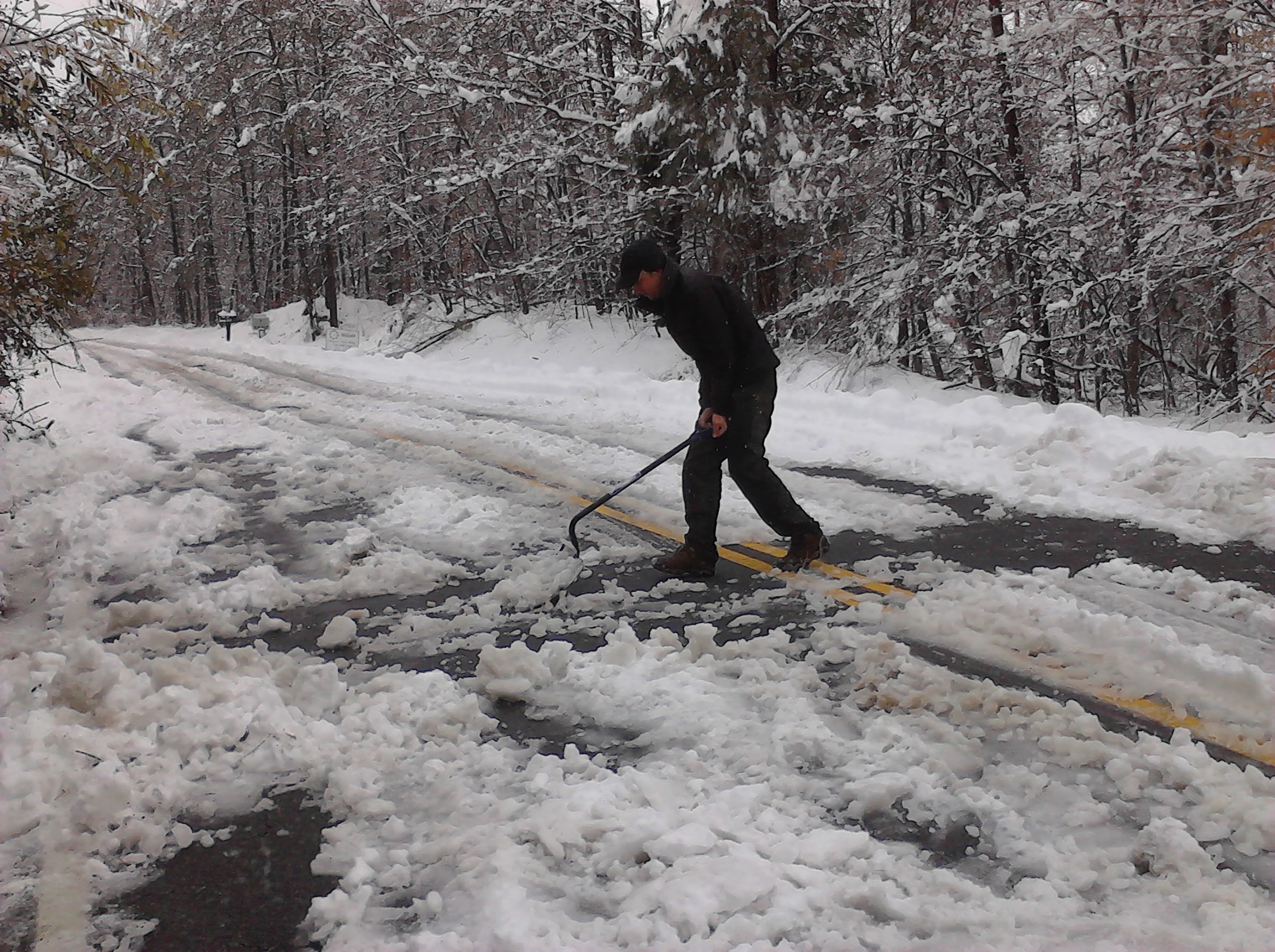 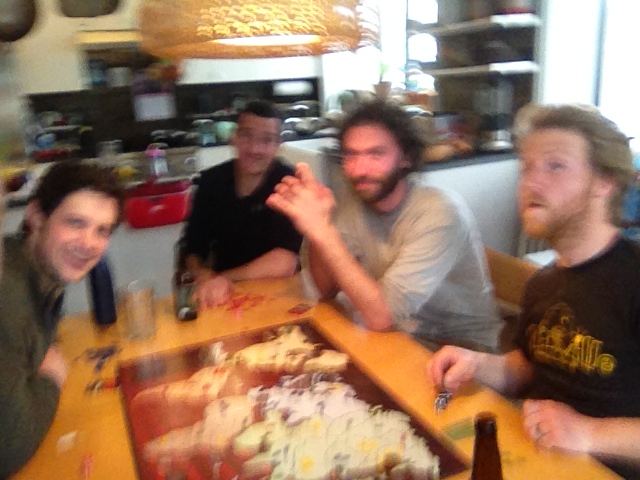 Adventure day wouldn’t be the saga that is has grown to be without apocalyptic weather phenomena, spectacular car crashes, banquets of fried pig, and the fall of the entirety of Europe to Iceland. Our well-conceived plan, as all good intentioned meticulously configured Latitude 38 plans go, began to fall apart when the East Coast woke to find themselves buried in hundreds of millimeters of frozen hell. The switch boards lit up as, soon to be action hero, Jeff Erkelens phoned to confirm that he would be picking me up any minute. I attempted to persuade him, but the allure of trying out his new four wheel drive won the day.

After some time had passed and I was beginning to feel certain I would have to hitch my crew of snow dogs and set out in search. However, to my surprise, Jeff made it with only a few less horses in his windshield wiper motor. After the opening credits, we began our journey across Middle Earth. At the bottom of Whippoorwill Hollow, I commented to Jeff that, “this is where everyone gets stuck.” This statement is apparently the toggle switch on the universe for at the exact moment we began sliding sideways into a powdery ditch. Our attempts to rescue the car were thwarted as any attempt to escape were met with freezing, fluffy quicksand. On the bright side, Jeff managed to scrape clean enough road with his snow shovel to safely land a 747.

Eventually we both made it into town. The rest of the crew was already elbow deep in bacon and eggs supplied by Master Chef Joey. Breakfast bliss was broken with news that an entire redwood tree had fallen in the middle of the street and the Super Friends 38 would be required to clean it up. Jack and I took a stroll down the street in time to move a few twigs off the road, watch Jack fall in a snow puddle, and help save a car from an unscheduled trip to the IGA on its roof. Good deed for the day done, Eagle scouts returned to Latitude headquarters.

At that point, a heated discussion of the strategic disadvantages of Kamchatka began to take hold. Risk began, most of the crew left, having never rolled higher than a 2 in their lives. Tom stayed until he remembered he needed to wash his hair. Jack was next, after his triple front war fizzled in Great Britain. DeBellis surrendered as he was in a complete daze the whole game. He later reported that he had been smacked in the face by one of his “friends,” and ruptured his eardrum. This was not a Latitude 38 friend, we solve our differences with hugs. Game given to Jeff and I, we called a cease fire. The mere action of ending our war had the effect of parting the clouds and bringing warmth back to the Earth. The snow melted and Adventure day ended.

We are so excited to see this come to fruition! One of amazing our residents, Melissa Goldman, has helped make it happen and we couldn’t be happier for her and Charlottesville. Such a great asset. Donate tools, time or funds! mailchi.mp/6914e2f7a065/b…

Tulsa, OK, is clearly a different market than here. tulsaremote.com/?fbclid=IwAR3…

Sample ballot, know before you go in: charlottesville.gov/DocumentC…

Another early Latitude 38 house up for sale this p

This was the first house Jeff built, back in 2005,

We are excited to see this come to fruition! One o

We have been dabbling in a new scale of interior d

Why not celebrate #pridemonth at a June birthday p

We were the beneficiaries of our neighbor trimming

There has been a lot of digging recently. I though

The is the last new construction house we built, i

I love these guys. This warms my heart so much. Sp

Feeling the cozy feels with @holdingforth today in

Crowdsourcing lighting suggestions for this window

Some brain stretching and rework here to get surro